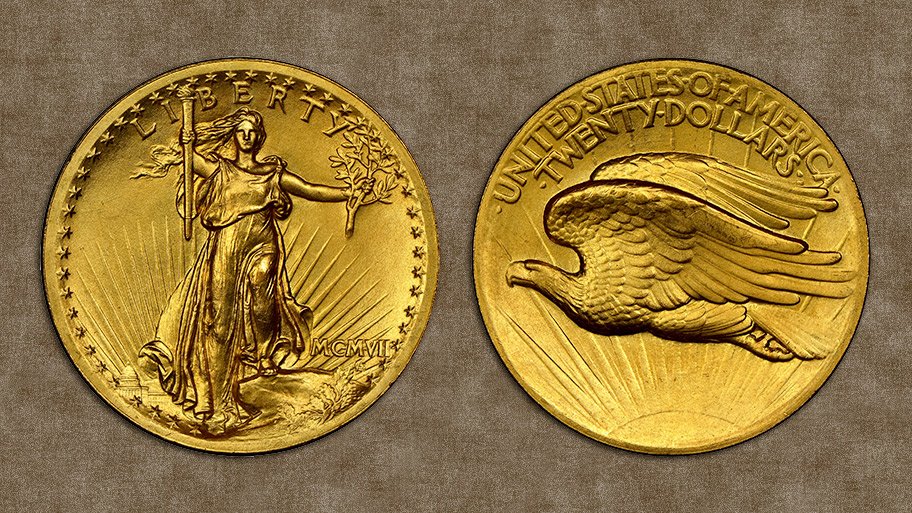 Difference Between Bullion Coins, Proofs, and Pre-1933 US Gold

Bullion coins are made from one ounce of gold or silver. Although they have a denominated face value, they actually trade based on the spot price. Scarce issues have become collectible and do have a kind of numismatic premium in addition to their bullion value, especially when they have been preserved in pristine condition. Although these coins are always well struck fresh dies, they can have contact marks and hairlines. Regular strikes, or “uncirculated” in Mint parlance, are quickly packaged in tubes and placed in “monster boxes” of 500 ounces. These are packaged more for convenience than coin preservation or presentation.

Proof coins are created using a different process. There are more stages in the process and more care is taken to ensure the end results are as good as they can be. Proof coins are struck at least twice, maybe more, and feature mirrored fields in the open areas that contrast sharply with the frosted portions of their design, a visual effect achieved by polishing the flat areas and sandblasting the lettering and design elements on the die.

It is that extra strike that gives proof coins their shinier, clean-looking appearance. The details of the design really pop. When viewed under a strong light source, the coins glow and even appear iridescent. These attractive presentation qualities are what make these types of coins so popular. The extra time and effort the Mint spends to create a proof compared to regular coins, there are usually fewer made. Because of this, collectors often seek proofs. They are willing to pay the higher premiums over regular strike coins. Typically, these specimens will be kept in pristine condition, held for 5 to 10 years, then sold for a profit.

The Regular Strikes or “Uncirculated” coins have an even matte-like finish. Sandblasting or acid etching the entire die to texture the coins they strike and make them non-reflective which causes a matte-finish effect.

Both regular strike and proof coins are typically in mint condition. They are never distributed to the public but rather sold to dealers who then sell them to investors and collectors. Regular strike Silver Eagles and Gold Eagles are struck using the same method as regularly circulated coins only handled with a bit more care. For example, the strike force is higher and the dies cleaned after stamping. The main benefits of uncirculated regular strike Eagle coins are cost and popularity (American Eagles are the world’s most popularly traded bullion coins). For investment purposes, regular strike coins are the most cost-effective since they don’t carry the higher premiums associated with the polished proof coins.

The third category — pre-1933 gold is distinct from the first two categories because these coins were created and circulated into the citizenry for use as money. The larger denominations being used regularly in international trade.

Because pre-1933 gold coins have genuine historic-significance, they are a numismatic-value in addition to the intrinsic melt value of their precious metal content. They are an interesting group of coins because they tend to have a higher gold content, especially in the coins of the early 19th century, and offer the possibility to gain numismatically even as the spot price of gold is falling.

The value of common-date pre-1933 gold coins has fallen to historic lows in relation to spot gold prices. Common date pre-1933 US gold coins are often referred to as “generic gold coins.” While the category encompasses a variety of denominations such as gold dollars, quarter eagles ($2.5), half eagles ($5), and eagles ($10), most commonly seen are the Double Eagles from the late 1870s to 1928. It is now possible to buy a one-hundred-year-old Saint-Gaudens Double Eagle for about the same price as a modern-day issued gold bullion coin. The Saint Gaudens Double Eagle weighs almost an ounce of gold. The modern-day Gold (bullion) Eagle is an ounce of gold but with no numismatic value. You’ll remember from our previous blogs, President Roosevelt confiscated all the gold and made it illegal to own gold unless you were a coin collector and had collectible coins. Fortunately, the Secretary of Treasury at the time, William Woodin, was also a coin collector and understood the importance of this exception. Nevertheless, vast quantities of gold were surrendered and melted (this included some 450,000 1933 Double Eagles.

Of all the variety of denominations that make up the pre-1933 category, Double Eagles have been the leading denomination investors and collectors have purchased, and actively traded, as an alternative to modern bullion coins.