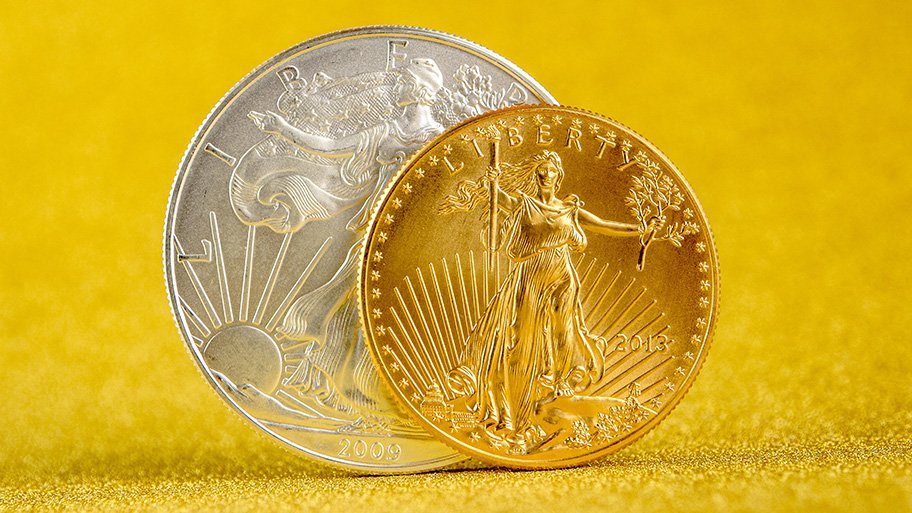 In this day and age of paper fiat money backed by nothing but a promise comes a long history of US Mint coinage. Money in the 1800s and early 1900s was real gold and silver coins. At one time real folks like you and I would have in our pocket fine gold and silver coins along with paper money called Greenbacks. Our monetary system since then has been abused and corrupted by politicians and bankers taking advantage of debt and money printing privileges. US coins have a long history of important Coinage Acts, Laws, and Executive Orders which in turn shape how investors can own gold and silver coins in their possession and their IRA today.

The Coinage Act of 1792 introduced the Gold $10 Eagle, the Gold $5 Half Eagle, and the Gold $2.50 Quarter Eagle. The Act also authorized the production of the Silver Dollar, the silver half dollar, the silver quarter, the silver dime, and the silver nickels. Section 14 of the Act stated, Persons may bring gold and silver bullion, to be coined free of expense. Section 19 of the Act established a penalty of death for debasing the gold or silver coins authorized by the Act. The Coinage Act of 1792 shaped gold and silver coinage early in the history of the United States.

The Coinage Act of 1873 was often referred to as the “Crime of ‘73”. Colorado Senator Henry M. Teller, on July 10, 1890, stated, the fight for free coinage of silver is on, and it will stay on, too, till the will of the people shall be heard in the enactment of a law that shall put silver back where it belongs and where it would have been but for the blunder or the crime of 1873. The Act also authorized a Silver Trade Dollar mainly used for export to Asia and also eliminated three small-denomination coins.

The Bland–Allison Act, also referred to as the Grand Bland Plan of 1878

The Brand-Allison Act was an Act of the United States Congress requiring the US Treasury to buy a certain amount of silver and put it into circulation. Congress overrode President Rutherford Hayes on February 28, 1878, to enact the law. The Bland-Allison Act could be seen as a result of the five-year depression following the Panic of 1873. This Panic of 1873 was the result of American inflation, speculative railroad investments, and major property losses due to great fires in Chicago and Boston.

The Morgan Silver Dollar was authorized by the Bland-Allison Act. The Act required the Treasury to purchase between two and four million dollars worth of silver at market value to be coined into dollars each month. The mints doing the coinage were located in Philadelphia, Carson City, Denver, San Francisco, and New Orleans. This Act shaped silver coin investing as we know it today. Over 657 million Morgan Silver Dollars have been minted since 1878.

After a large amount of gold was found in the 1840s in California, Congress considered a larger denomination of a US gold coin. The Liberty Head Double Eagle and the $20 Saint-Gaudens were in circulation as real money from 1850 until 1933. Executive Order 6102 was signed on April 5, 1933, by US President Franklin D. Roosevelt forbidding the hoarding of gold coin, gold bullion, and gold certificates within the continental United States. Gold was confiscated at $20.67 an ounce, and put back on the market a year later at $35 where the price remained pegged. This Executive Order directly affects us today as gold ownership is needed as a hedge against money printing and a devalued dollar.

The stated reason for the order was that hard times had caused “hoarding” of gold, stalling economic growth, and worsening the depression in the US. Gold coins in your pocket as real money was now being replaced by paper dollars and permitted the government to print a lot more paper money than it could before being fully backed by physical gold. It wasn’t until 1974 that President Gerald Ford signed a bill legalizing private ownership of gold coins, bars, and gold certificates by an Act of Congress.

In 1977, Congress removed the president’s authority to regulate gold except during a national emergency of war. Remember from 1933 to 1985, there were no US gold coins minted. The Gold Bullion Act of 1985 would change this and shape the way investors own US gold coins today in bullion form. The Gold Bullion Coin Act is also known as Public Law 99-185. On November 14th, 1985 it was considered and passed by the Senate. On December 2, 1985, it was considered and passed by the House. On December 17th, 1985, we received the Presidential statement.

The Taxpayer Relief Act of 1997

Public Law 145 by the 109th Congress was approved on December 22, 2005. This Presidential $1 Coin Act of 2005 enacted a series of United States dollar gold coins with engravings of relief portraits of US presidents on the obverse and the Statue of Liberty on the reverse. This Act also allowed the issuance of a $50 gold coin in 24kt purity. Gold investors today have come to know this coin as the Gold American Buffalo. The Gold American Buffalo is the only US Mint coin struck in 24kt purity.

Fractional Reserve Banking is the basis of our banking system and how it functions. Fractional Reserve Banking is global. Banks take deposits from the public, hold a portion of their deposit liabilities in liquid assets as a reserve, and are at liberty to lend the remainder to borrowers. We then get to fancy terms like “reserve requirement”, “reserve ratio”, and “excess reserves”. Maybe more appropriate terms could be “house of cards”, “Ponzi scheme”, “scam”, “illiquid system”, “crooks”, and so on. We have to be professional when it comes to the system that controls our financial stability. The process of fractional-reserve banking expands the money supply of the economy. It also increases the risk of default.

The Fractional Reserve Banking System has created the largest asset bubble in history. The system inflates, and then the system deflates leading to recession and depression. We are witnessing the popping of the biggest asset bubble in history right now. Historical acts and public laws have allowed investors to protect themselves from being financially destroyed during this asset bubble implosion in stocks, fiat money, bonds, and eventually real estate. It’s unfortunately inevitable based on the money creation and debt system that we are under. We would recommend that you use the Coinage Act of 1792, the Coinage Act of 1873, the Grand Bland Plan of 1878, the Gold Bullion Coin Act of 1985, The Taxpayer Relief Act of 1997, and the Presidential $1 Coin Act of 2005 and preserve your nest egg before it disappears. Do it before all of your purchasing power is gone compliments of your federal government and the fractional banking system.