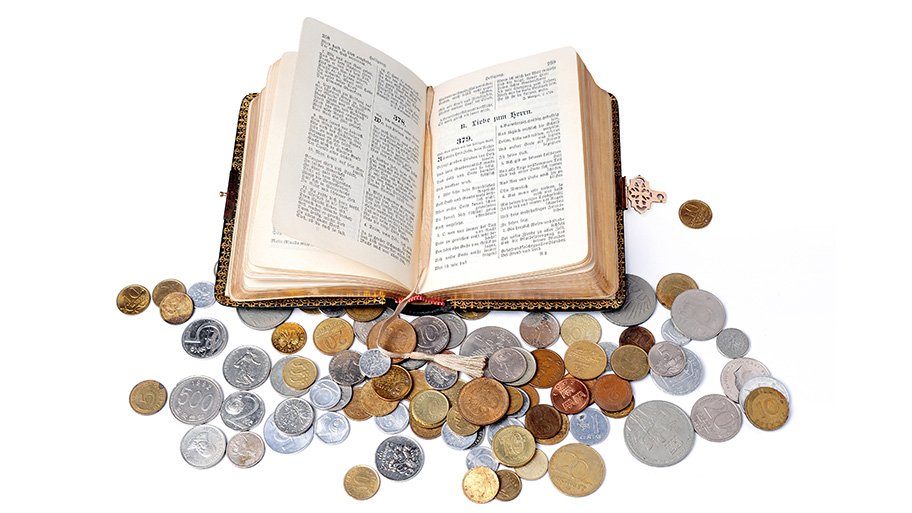 What Does the Bible Say About Silver as Money?

God created all things. The foundation of the Bible is Genesis is about the creation of our planet. It describes how our hills are filled with gold and silver. There is a limited supply of everything that exists. It is that way for a reason.

The natural resources available to humanity are finite. It is up to us to make the best of use of those limited natural resources. In other words, we have to be fragile and responsible in order to make it sustainable. Gold and silver are naturally a part of that creation, and they have an intrinsic value to them precisely because there is a finite supply.

The Bible teaches that God wants us to deal with each other openly and fairly. The eighth commandment is, Thou shall not steal. Not stealing from each other is a basic principle. Of course there are different ways one can steal from another. For example, the financial institutions have figured out a way to steal from each and every one of us all the time.

The Federal Reserve, which was opened for business in 1913, decided they could print currency whenever they felt like it. The currency is printed-paper. That’s all it is…worthless paper with the special club seal of Fed printed on it.

It all starts when some politician says, Vote for me and I’ll make sure the government provides you more free stuff than my opponent will. But remember, there’s no such thing as a free lunch. In order to provide that “free” stuff, the politicians vote for the country to spend more than its income. This is called deficit spending. To pay for that deficit spending, the Treasury borrows the currency by issuing a bond. A bond is nothing more than a fancy I.O.U. It’s a pretty piece of paper with numbers printed on it that says something like “Loan me a trillion dollars today, and I’ll promise to pay you, over a 10-year period, back what I owe plus interest. Treasury bonds are our national debt. These I.O.U.s are to be paid back by you, me, and our descendants, through taxation. The whole idea behind the Treasury bond is to steal prosperity from the future so that it can be spent today.

The Treasury then holds a bond auction where the world’s largest banks compete to buy part or our national debt and make a profit on it by earning interest. The big banks are there throughout the whole process making money along the way.

It is a con game and it is immoral. The US monetary policy has been used for: personal gains, political ends and weaponized to make other countries bend to our will. The Federal Reserve and our whole system of Treasury bonds has been created as an attempt to bypass our custodial responsibility to the sanctity of our planet and to fair and just dealings with each other.

There is a difference between what is truly money and paper currency. Money, in order to be truly money, must be a store of value and maintain its purchasing power over a long period of time. National currencies are tools devised by governments to leach away your time and your freedom by stealing your purchasing power. Currencies do not store your economic energy. They leak it like a hemorrhaging wound. The money you have saved in the bank is inexorably losing its value with every day that passes. Since the first part of the 20th Century, the US dollar, yes, the one you grew up with, has lost 90% of its value.

Hard money is a blessing and an inflationary monetary supply is going to be a curse. The paper money scam, perpetrated upon us by the Federal Reserve, is not based on anything but promises made by the government. In order for governments to base their monetary supply on something fixed like gold and silver, means they’d be forced to never live beyond its means and to never loan more than it has, but people are greedy and they want more than what they have.

The creation of the Earth and the precious metals that are forged in the Earth’s crust are gifts from God. It’s as if God put them there to teach all of humanity to deal fairly and honestly with each other: and also to teach us how to utilize and manage our natural resources responsibly.

Governments and financial institutions try to bypass that natural phenomenon, and they seem to success at it for a while. Each civilization that has tried it, and they all have…even to this day, have ultimately collapsed under their own greed.

“I remember that, all through history, the way of truth and love has always won. There have been tyrants and murderers, and for a time, they can seem invincible, but in the end, they always fall. Think of it. Always.”