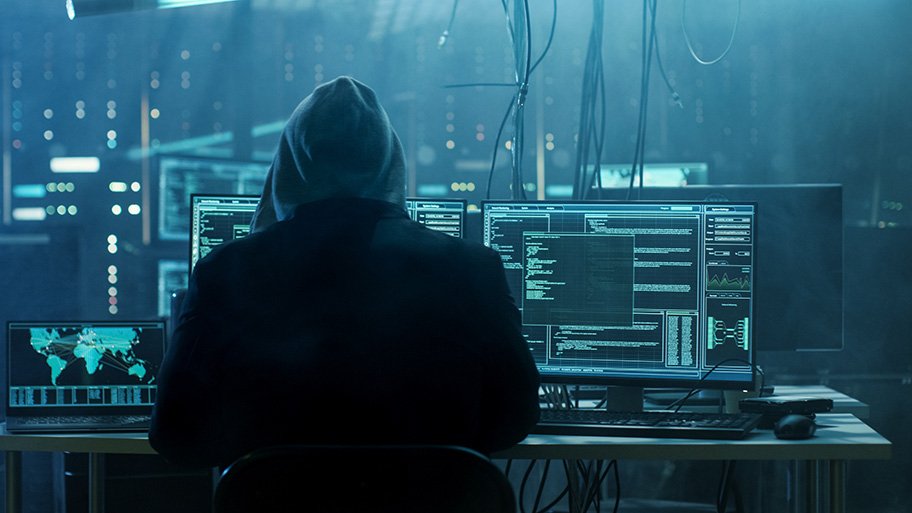 What Makes You Think that Banks Can’t Be Cyber-Attacked?

2021 is turning into the year of cyber-attacks at the highest level. Money by definition is a current medium of exchange in the form of coins and banknotes. The main functions of money are as a medium of exchange, a unit of account, and a store of value. When money is used to intermediate the exchange of goods and services, it is performing a function as a medium of exchange. A unit of account is a standard numerical unit of measurement of the market value of goods, services, and other transactions. To act as a store of value, money must be able to be reliably saved, stored, and retrieved. In this case, the value of the money must also remain stable over time. Money in the US is a paper fiat currency floating in value against all other global fiat currencies. Money needs to be trusted and safe. In this day of constant cyber-attacks and lost data, our paper money is at risk. Money at the bank is no more than digits on a bank ledger. It would be awful to wake up one morning and realize our balance at the bank or our brokerage firm is gone. With the major cyber-attacks already this year, this is a serious threat right now.

SolarWinds cyber-attack at the end of 2020

SolarWinds is a major US information technology firm. It was the subject of a cyber-attack that spread to its clients and went undetected for months. Foreign attackers were able to use the hack to spy on private companies. An elite cybersecurity firm FireEye was breached. Data at other elite private companies was also violated. US officials believe these foreign hackers could be from Russia. The upper echelons of the US Government were also attacked. These departments included the Department of Homeland Security and the Treasury Department. The US Government spends over $18 billion on cybersecurity annually according to 2020 Presidential Budgets. Based on a survey of 200 global security professionals and executives around the world, DomainTools’ report, The Impact of the SolarWinds Breach on Cybersecurity, found that 96% of the respondents were either slightly or highly concerned by the attack. Among those that were impacted, 60% said they were still trying to figure out if they were breached, 29% said that their work tempo was artificially elevated even though they weren’t breached, 21% said that other organizations in their ecosystems were breached, and 21% said they were directly breached. This doesn’t give me a warm and fuzzy feeling considering hundreds of billions or possibly trillions of dollars are at stake. What makes you think that banks can’t be cyber-attacked?

The Colonial Pipeline cyber-attack on May 7, 2021

The Colonial Pipeline is an American oil pipeline system that originates in Houston Texas. The Colonial Pipeline carries gasoline, diesel, and jet fuel from Texas to as far away as New York. About 45% of all fuel consumed on the East Coast arrives via the pipeline system. The FBI and various media sources identified the criminal hacking group DarkSide as the responsible party. There is evidence that the DarkSide group is in Russia. The attack impacted computerized equipment managing the pipeline. The same group is believed to have stolen 100 gigabytes of data from company servers the day before the malware attack. Colonial Pipeline reported that it shut down the pipeline as a precaution due to a concern that the hackers might have obtained information allowing them to carry out further attacks on vulnerable parts of the pipeline. Fuel shortages began to occur at filling stations amid panic buying as the pipeline shutdown entered its fourth day. Alabama, Florida, Georgia, North Carolina, Virginia, Washington DC, and South Carolina all reported shortages and some empty filling stations. Colonial Pipeline paid the requested ransom (75 bitcoin or $4.4 million) within several hours after the attack. DarkSide released a statement on May 9 that did not directly mention the attack, but claimed that our goal is to make money and not creating problems for society. Last time I checked this type of disruption is a lack of safety and security. It is concerning and alarming to all Americans and all human beings. If a pipeline can be hacked so easily, what makes you think that banks can’t be cyber-attacked?

A ransomware attack was carried out against JBS recently. JBS is a Brazil-based meat processor. JBS is the largest meat processor in the world. The attack halted production at all the company’s US meat processing facilities and slaughterhouses across Australia, shutting down about one-fifth of US beef production. A fuel source attacked. Government agencies and private elite companies attacked. The largest food processor is attacked. The group that targeted JBS is likely based in Russia, White House spokeswoman Karine Jean-Pierre said. It sounds to me that Russian hackers are running wild. Global cyber attackers are capable of running wild. What will be hacked and breached next? What organization out there is looking to wreak havoc and chaos? This is ultimately a government matter and our government needs to step in. I am not feeling too confident in the present administration to keep our systems safe and in check. Corporations are too concerned about their bottom line and share prices. If the world’s largest food processor can be hacked so easily, what makes you think that banks can’t be cyber-attacked?

Our financial freedoms are going away if not already gone. Where is our security blanket when it comes to our money? The money we have saved, sweated for, stressed over, and intend to use now and pass on to future generations. Well, at the bank and in the markets it’s vulnerable that’s what it is. The FDIC does not have enough coverage to ensure all deposits. The FDIC does not insure money market accounts in IRAs. Clients are horrified when they hear this. Many money market funds in IRAs are now called US Government Money Market Funds. Quite an interesting name considering our government is drowning in debt. Money is supposed to be a trusted safe medium of exchange. Money should have no third-party counter risk, no leverage, not subject to a cyber-attack, not dependent on the electrical grid, and not dependent on computer algorithms. Our money should not be printed out of thin air with the stroke of a computer key. Our money should not be at risk of disappearing and vanishing. Our money should keep up with the cost of living and keep up with inflation. Our safety net and our nest egg should not be so vulnerable. Why can’t our money be these things? Oh wait a minute, there is a tangible asset that displays all these features. An asset that you can guard, control and hold on to yourself. Physical gold has always been this. Gold coins and bars have these characteristics. Physical gold has always been a part of the monetary system. The real question is gold a big enough part of yours?