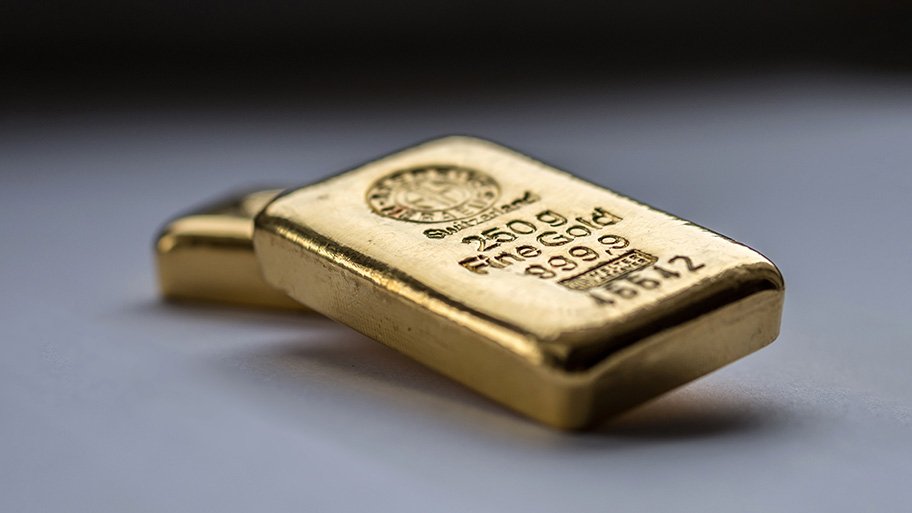 Absolute Reasons to Own Gold

The Fed has controlled the money since 1971. In 1971 the US dollar was taken completely off the gold standard and became complete fiat. Alan Greenspan came to the rescue in 1987 as the 13th Fed chairperson. As everyone knows by now, we have to say chairperson, not chairman. When a female Fed chair is named one day, I guess they will be the first Fed chair birthing person. That’s assuming the Fed will even exist in ten years.

Since 1987, investors have been saved every time by easier credit. After the stock market crash of 1987, Greenspan cut rates. During the downturn in the early 1990s, Greenspan cut rates by 500 basis points. After the dot-com crash of 2000, he slashed another 550 basis points. Ben Bernanke cut rates by 525 basis points after the mortgage crisis hit in 2008. Bernanke started Quantitative Easing and Operation Twist. Jerome Powell cut rates to zero again during the Covid party as well as helicopter money, stimulus checks, PPP loans, and steroid unemployment checks.

There is an old saying on Wall Street, the trend is your friend. Stocks trended up from the 1930s to 1965 or so. Stocks trended down from 1966 to 1982. Since 1982, stocks have trended up until 2021. Bonds have done well for even longer. These trends folks have now changed again. We should see many years of lower stock and bond returns with rallies along the way and many free falls. It’s the free falls that should concern investors. It is concerning since the mother of all bubbles in stocks, bonds, and real estate is so big. The trend is obvious to me. What inflates massively, deflates massively when the trend changes.

Fed can’t lower rates as they did before

Over the last 50 years every time the markets and the economy run into trouble, it is the Fed to the rescue. The Fed lowers interest rates to abnormally low levels and inflates a deflating bubble again. With inflation now an issue on every American’s mind, this game is no longer possible. This is bad news for the economy and corporations that relied on low interest rates and easy credit. With the Fed no longer able to handle a smooth landing and stuck in the mess they created it is absolutely necessary to own a substantial amount of gold to diversify and limit paper losses.

A banking crisis is inevitable which means own gold

Black swan events are events that are unexpected and unknowable. Although many will see the upcoming banking crisis as a black swan event, the writing is already on the wall. China has a banking crisis already underway. Some Chinese citizens are already passing on their mortgage payments and tanks are guarding banks because deposits are frozen. China has an enormous impact on the global economy. The Chinese banking and economic crisis will affect the US banking sector as well. The upcoming global banking crisis is an absolute reason why you should own a substantial amount of gold to get some of your assets out of this doomed banking system that is buried in risk and debt.

Fiat will lose value over time as it always does

Let’s repeat something we have talked about for a long time in many blogs. Since 1971, the average fiat currency has lost 95–98% of its value versus gold. A US dollar in 1913 now buys about $0.05 worth of stuff today. Who knows maybe it is even worse than that. A dollar is printed out of thin air and goods are bought. What is produced that is of value when this happens? When our paper money loses value by too much printing our purchasing power disappears. In Hungary just after World War II, prices doubled every 15 hours. More recently, in Zimbabwe, prices doubled every day. In the troubled Yugoslavia of the 1990s, inflation hit 50% a year. Venezuela’s consumer prices grew by 65,000% from 2017 to 2018. A reason to own gold is that our fiat money is and will lose more of its value guaranteed.

The administration is delusional with spending and everything else

We have zero inflation. The new spending on the Inflation Reduction Act will not produce more inflation and it costs nothing. We can print as much money as we want. Are these leaders delusional? Will they read anything that is on the teleprompter? Maybe they have no other choice but to lie since the damage is already done. They have to keep this paper game going for as long as possible. Our delusional leaders are an absolute reason why we should own gold right now.

Global debt will implode and it is massive

Fear of Missing Out (FOMO) does not work long-term; own gold

Fear of Missing Out (FOMO) investing does not work long-term. All it is a way to suck more people in so the big boys can unload. FOMO in the long-term is a way to be left holding the bag. I simply invested in something because it kept going up and I didn’t want to miss it. This doesn’t sound to me like a sound investing principle. I see FOMO everywhere right now especially concerning risky stocks and cryptocurrencies, but both are losing steam big time. There is plenty more room to fall. Because there is so much FOMO, you need to own gold to hold onto some of your gains if you are in that fortunate position. If you missed stocks and cryptocurrencies, there will more than likely be a much better entry point after many years of pain.

Central bankers print money. That is what they do. Government officials spend and promise to get reelected. That is how they make a career out of politics. Up to this point, all they have had is a credit card with no limit. I don’t trust any of them especially when it comes to our money. Our money is supposed to be trusted and strong. Printing monopoly money leads to monopoly money in our pockets. Monopoly money will not be there in our nest egg when we need it. If you want something to be there when you need it, then own gold. What other reason do you need?

Reckless Money Creation Is the Main Reason Many People Own Gold September 16, 2022

The Inevitable Demise of the Paper Dollar August 16, 2022