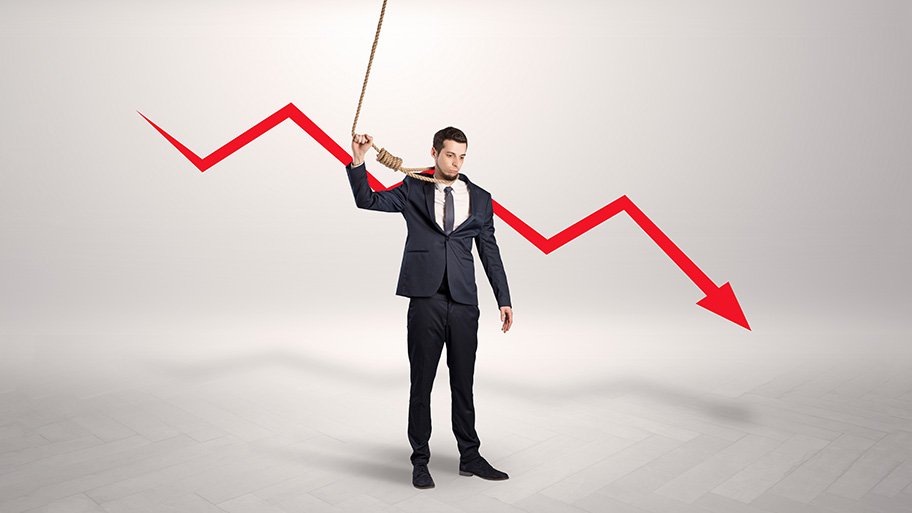 5 Reasons a New Recession Could Be Worse Than 2009

Last October George Gammon did a video on a 2020 recession scenario. Gammon is an expert on macroeconomics and real estate investments. The video was to the point and the topics were explained thoroughly. The following is a detailed summary of the 5 reasons he believes a 2020 recession will be worse than 2009.

The amount of financial derivatives in the system is mindboggling

The roots of the 2009 financial crisis were CDOs. These are complex financial instruments backed by underlying mortgages as their asset. A credit default swap (CDS) is the insurance on these CDOs. At present world stock market valuation is around $73 trillion. The global money supply is $90 trillion. Global debt is over $250 trillion. There is far more debt than money globally. Total derivatives on any asset total more than $1.2 quadrillion. These debts go beyond just mortgages and are massive weapons of mass destruction. Mortgage debt today is slightly higher than in 2009, although many say it is not as toxic. The next recession will make some mortgages go bad and will have the same effect as CDOs did in 2009. CDOs will once again go bust.

The debt bubble today is far greater than in 2009. Auto loans are up by 50%, student loans have increased by 100%, and mortgage debt is about the same and total outstanding private sector debt increased by over 85%. The public sector, national debt, is up by over 100% to more than $22 trillion. All of this is being held up by abnormally low-interest rates for over a decade.

The consumer is 70% of the US economy. Invested assets are basically in home equity, stocks and bonds, and pension funds. Most pension funds are invested heavily in corporate debt. Corporate debt is most reliant on stock prices. If we have a stock market crash like in 2009 of 50%, the corporate debt market will implode. Pensions and consumer stocks will be decimated. Future credit will be frozen and prick the already inflated housing bubble that we are in right now. The FED will print money like there is no tomorrow causing the long end of the bond market to go up and spike interest rates. When consumers lose wealth spending usually plummets. The economy will then plummet causing a deeper recession than in 2009, possibly a depression.

According to Wikipedia, malinvestments are badly allocated business investments, due to artificially low cost of credit and an unsustainable increase in money supply. Central banks are often blamed for causing malinvestments, such as the dot-com bubble and the United States housing bubble. For example, if interest rates are low for an extended period this creates artificial demand. Consumers tap into their false equity in their homes. Consumers travel and take trips and entrepreneurs increase supply and construction of stores. Construction booms force recent college graduates and others to develop skills in these fields and many other skills go undeveloped. Resources could have been utilized for more beneficial reasons for the economy. Tourists eventually leave these travel destinations and these stores and places often become ghost towns. The savings of many of these entrepreneurs have been depleted and natural resources to build were used up due to the result of phony low interest rates. The newly skilled construction workers are now jobless. This is just one example of a simple misallocation of resources that could have been better served in different parts of the economy. Many high flying companies today would not even be in business if we haven’t had such a long period of free money due to abnormally low interest rates. During this period of bad investment, resources are used up and gone. Pension funds, housing, stocks, and bonds all blow up.

FED has no more ammo left in their gun

To fight the 2009 recession the FED dropped interest rates from 5 to 0. They had 500 basis points to play with. The FED today has about 175 of basis point wiggle room before we get to zero. As interest rates fall the banks should be issuing more credit. We have had over ten years of this. How much more is there to pull from the future? Negative interest rates in the US will put the nail in the coffin for pension funds. Pension funds need 6–7% annually to meet obligations. The FED will have more QE up their sleeve. This typically provides a short term rush but then we should see diminishing returns. Multiple rounds of QE typically have a negative effect. It makes problems worse. Retirees will need to penny-pinch and save more to try and compensate for lower returns. This is the opposite effect of what the FED wants consumers to do. Asset prices in Japan are lower today than they were in 1990. What happens to our economy if asset prices never fully recover? This is a disaster for retirement. The US is not a country of savers. We are the biggest debtor nation. Politicians believe inflation could never happen today. It’s just a part of the past. Inflation will whack us in the face and take us into an inflationary depression. It will happen when it is least expected.

One investment has stood the test of time and retained our buying power. Gold has averaged 10% a year since 1971 and has doubled in price roughly every seven years since Nixon opened the floodgates. Obviously, we are talking about probabilities here. No one has a crystal ball but smart investors listen and plan according to history. Gold has been the only form of real money for 5000 years. Our dollars are notes that are backed by nothing except debt that will never be paid back. Every journey begins with that first initial step. Call an experienced trader today at Midas Gold Group and position yourself to survive a possible nasty crisis. During the last crisis, gold went from $800 an ounce to $1,920 an ounce in less than four years. Gold has already made new highs in virtually every currency except the dollar and Swiss Franc and is getting very close again. Call 480-360-3000 and learn how to move some worthless paper assets into stable physical assets that you can hold onto yourself outside of the banking system or financial markets. Every gold investor was once a beginner. Experienced gold investors should look at their present situation to see if they should reallocate based on their present inflated financial scenario. Call 480-360-3000 for an individual, confidential, and private consultation.