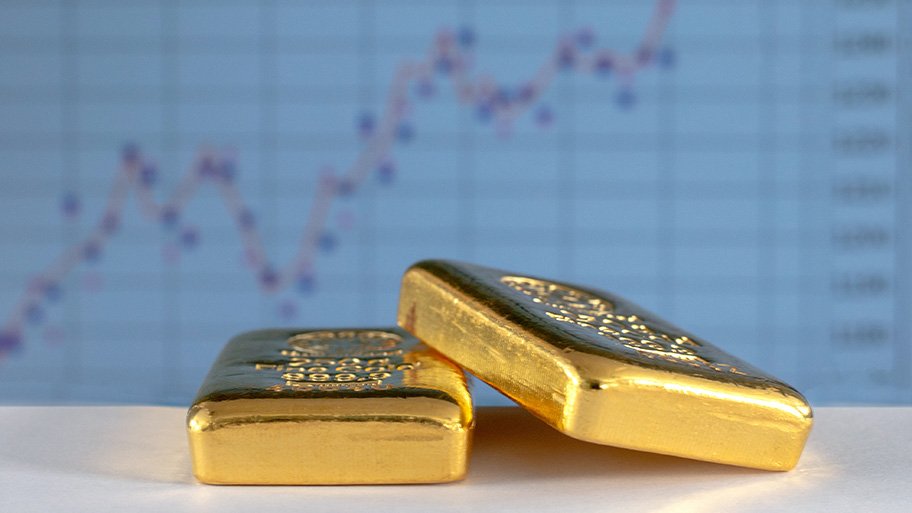 Most major banks call for higher gold prices in 2023. As we enter 2023, the financial landscape is increasingly uncertain with predictions from the traditional “experts” broad. The only consensus seems to be that uncertainty will prevail and gold will trend higher.

The banking sectors in the US, Europe, and Japan are all in jeopardy of a banking crisis soon with rising interest rates and failing economies. Fiat currencies are being debased at record levels as consumers lose tremendous buying power labeled as inflation. Governments continue to spend like drunken sailors while it is all financed with fiat money that is increasingly seen as intrinsically worthless. Foreigners view US debt as toxic and eventually will want to sell some of it while they still can. Stocks like Apple, Amazon, Tesla, Meta, and Google have suddenly stopped going up. We sanctioned Russia and weaponized the dollar but failed to deliver the desired effect. We continue to send billions to Ukraine. The billions will prolong a proxy war that most Americans have little interest in or simply wish we would stay out of. These same politicians and central bankers are making the decisions about our money as they spend trillions.

Most importantly, the US dollar is on the brink of losing status as the world’s reserve currency, its only protection against a collapse after decades of reckless printing and dollar-denominated debt being the US’s main export. Many countries led by Russia and China are doing more business outside of the dollar. Removing Russia from an archaic banking SWIFT system was supposed to destabilize the Russian financial system; instead, it may have paved the way for more modern and multinational banking systems for international finance. These types of moves take time to occur but it is definitely in motion.

We are even seeing Saudi Arabia and other Middle Eastern countries start to turn their back on the so-called petrodollar. China has proposed the petro-yuan. The price of gold going up is the continued debasement of the paper currencies and their continued loss of buying power. So experts can predict the price of gold all they want, but shouldn’t we be focused on what our paper currency is losing?

According to Ole Hanson, a respected commodity strategist at Denmark’s Saxo Bank, next year, the markets will finally discover that inflation is set to remain ablaze for the foreseeable future. In the spring, China will fully pivot away from its zero-Covid policy, unleashing demand and a new surge in commodity prices. Inflation will soar again, but this time it will coincide with the Fed’s easy monetary policy amid elevated market volatility and a recession. It will then become clear that the US central bank will fail on its 2% inflation mandate, sending gold prices much higher. The yellow metal is said to be additionally supported by the rising global liquidity and geopolitical backdrop of an increasing war economy mentality.

Mr. Holmes sees gold higher due to central banks’ increasing appetite for gold as a reserve asset. Central bankers and finance ministers may be all about fiat currency, but behind the scenes, they’re gobbling up the yellow metal at the fastest pace in living memory. In the third quarter, official net gold purchases were approximately 400 tones, around $20 billion, the most in over a half-century. Turkey was the biggest gold buyer in the third quarter, followed by Uzbekistan and India. I predict we’ll be seeing a lot more buying from China in the coming months.

Jeffrey Currie of Goldman Sachs has a gold price target of $2,500

Goldman Sachs sees gold outperforming Bitcoin in the longer term. Bitcoin adoption will need to be driven by the development of real uses rather than speculative interest, the report said. In the last year came the “end of a decade of easy money” as central banks raised interest rates and saw a sharp reduction in speculative positions in gold and bitcoin. However, gold is roughly unchanged year on year, whereas bitcoin is down 75%, in line with high-growth tech companies. Mr. Currie stated in December that gold may benefit from structurally higher macro volatility and a need to diversify equity exposure.

While the commodity bull super-cycle has us positive on commodities generally, strategists at Wells Fargo are neutral on the Precious Metals sector, which includes gold. Our 2023 target range of $1,900 to $2,000 reflects in-line commodity performance plus a bit extra, while Gold appears oversold. We caution investors, though, not to be too aggressive with Gold until it shows better price action. Gold has positives, but its negatives have been directing prices for some time now. The Dollar’s 2022 ascent to a 20-year high was Gold’s most potent negative, but the 2023 flattening and then reversal lower in the Dollar’s value that we expect should relieve some pressure on Gold.

US dollar strength and central bank tightening have weighed heavily on gold in 2022. Next year, economists at ING expect gold to rebound as Fed easing starts. We expect Gold to remain on a downward trend during the Fed’s ongoing tightening cycle. But while in the short term, we see more downside for XAU/USD amid monetary tightening, any hints from the Fed of an easing in its aggressive hiking cycle should start to provide support to prices. For this to happen, we would likely need to see signs of a significant decline in inflation. We should see inflation coming off quite drastically over 2023 and this will then open the door for the Fed to start cutting rates over 2H23. Under the assumption that we see easing over 2H23, we expect Gold to move higher over the course of 2023 with XAU/USD reaching $1,850 in 4Q23.

The commodity strategy team at Bank of America, led by Francisco Blanch, thinks gold has further to go. In a comprehensive 2023 commodity outlook note recently released, B of A says the price could exceed $2,000 an ounce next year as of all the precious metals gold has the most to gain…on a Fed pivot. With relatively limited commercial uses, gold has always been driven by investor demand, says B of A. And that demand in turn tends to be impacted by borrowing costs and the dollar, in which gold is denominated. Thus: A pivot away from the aggressive rate hikes through 2023 should bring new buyers back into the market.

Economists at Commerzbank expect the yellow metal to fall to $1,750 earlier next year before trending back higher towards $1,850 by end-2023. We expect the Gold price to initially fall back towards $1,750 until it is clear that the Fed’s cycle of interest rate hikes is over. According to Fed Fund Futures, the market still sees the interest rate peak at slightly below 5%. In the short term, there is thus a need for an upward adjustment of interest rate expectations, which should weigh on Gold. After what is expected to be the last interest rate hike in March, a period of unchanged rates is likely to follow before the Fed cuts the key rate again toward the end of 2023 in view of a weak economy and lower inflation. The Fed, on the other hand, is not yet forecasting this. As soon as the Fed also adopts this view, Gold should rise again. This should be the case in the second half of next year. Gold should also be supported by the weakening of the US Dollar expected by our currency strategists. We expect XAU/USD to rise in the second half of the year to $1,850 by the end of 2023.

At Midas Gold Group we see very few scenarios that would lead to a significant drop in the price of gold in 2023. We agree that we will see higher prices this year. Where we cannot opine is on an actual price target. The risk of losing money holding wealth in gold seems highly unlikely while the risk of not owning gold is potentially catastrophic. When the house of cards supporting our financial systems starts to collapse, if you don’t own gold it will be too late. In 2022 supplies of physical gold were tested. As a dealer, we experienced long abnormal wait times when procuring gold and silver from some of the major mints around the world. Just imagine a scenario where a collapse or reset of the financial system seems imminent.

Gold is not an investment, it is money. Central bank notes like the US dollar are simply credit that has inherent risks such as debt and balance sheet liabilities. Our Federal Reserve notes are simply digits on a ledger backed by nothing except enormous debt that will never be paid by any future generation. This enormous debt has a better chance to be just inflated away as more fake money is printed out of thin air to even make the interest rate payments. Central banks don’t hoard notes in their reserves, they hoard gold. Gold keeps its purchasing power, Federal Reserve notes do not.

Since the Bretton Woods agreement in 1971, all major fiat currencies have lost 98% of their value compared to gold. The US dollar, the Euro, the Pound, and the Yen are all garbage. The whole thing is that the price of gold is irrelevant. It is a certainty that our fiat money will lose significant buying power over the next decade and the price of gold will reflect that. It doesn’t matter what the price of gold will be in 2023. We all know it will someday be much higher than it is now as the whole world realizes what toilet paper their paper money actually is. The central banks will make sure of that as they have no choice now but to print trillions more before the end of the decade. Investors own gold for when the financial system and our dollar collapse. Gold will continue to be the insurance for your money.