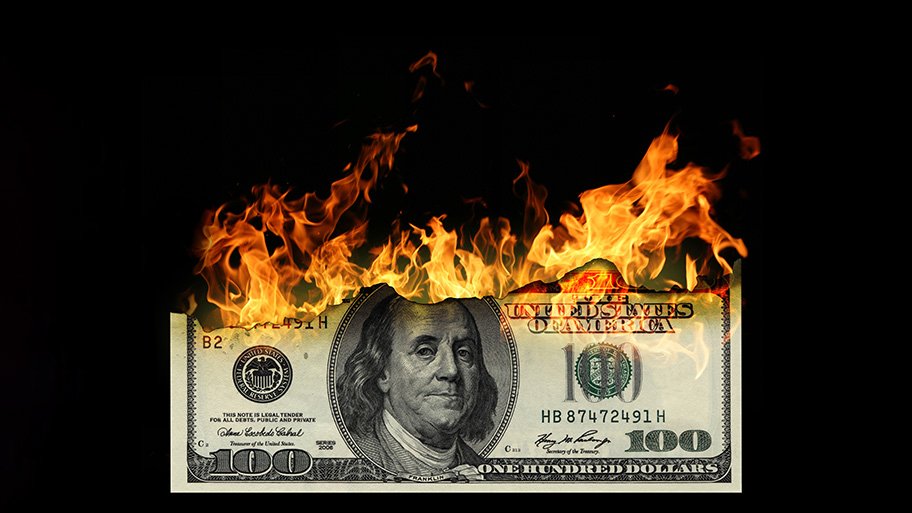 The US dollar is down nearly 12% since the March 2020 peak. Gold is up 23% from the March price swoon. Meanwhile, the Federal Reserve has increased the money supply by more than 25% n 2020 alone, a number that should be shocking to anyone who has worked had to accumulate savings in US dollars.

Savings held in physical gold sustains your buying power and protects you from devaluation via the Fed’s printing press. The increased gold price over the past few years is reflecting the debasement in our paper money. Paper money backed by debt is approaching implosion. If we consider the hope of a global recovery, central bank policy, and the possible Biden Presidency, the dollar is headed for a rough 2021. The US dollar fall will continue, and the possibility of a crash is very real.

The whole world is betting on a fast vaccine global recovery

The US Food and Drug Administration gave Pfizer and BioNTech’s vaccine emergency use authorization recently. Now the CDC must decide whether to accept the ACIP’s recommendation before vaccines can be given to people, but officials with the US federal government’s Operation Warp Speed say they are boxing up vaccines to ship them out for delivery this week. The California Department of Public Health (CDPH) reported 35,729 new coronavirus cases on Saturday—breaking the record set on Friday of 35,468 new cases. New Jersey reported 6,247 additional Covid-19 infections on Saturday, the highest single-day report of new infections since the pandemic began. NY City data shows that every metric that New York City uses to monitor the spread of Covid-19, including positivity rate, case rates, hospitalizations, and deaths, are all currently increasing. Biden’s plan is 100 million vaccines in 100 days. Everyone will wear a mask, stay six feet away from others, avoid crowds, and wash hands frequently. I guess everyone has enough liquidity not to work and pay all their bills. I guess everyone will be willing to pump a vaccine into their system. God Bless America and the world with a fast vaccine recovery. Most Americans I know will not take the vaccine. There are too many variables for this recovery to be efficient and quick. A super turnaround by the summer seems optimistic. More helicopter money and maybe a call to Jack for some of his magic beans is in order.

The unemployment rate is starting to pick up

The US added just 245,000 jobs in November. This marked the weakest pace of hiring since April’s collapse. The November report was a sharp slowdown from the 610,000 jobs added in October. The US will begin to shed jobs until vaccines are widely available. The economy will get worse before it gets better. The unemployment boost, refinancing boost, and rent forgiveness are coming to an end. 10 million jobs are still lost since February. 25% of small businesses closed, will never open again. Some businesses giving it a second chance will sadly fail. The US job market is losing the momentum of a possible recovery. The stimulus is not a cure for the everyday worker; it will only attempt to hold the markets up for the foreseeable future. A bad job scenario and more helicopter money is more bad news for the US dollar.

The Federal Reserve has made clear it will keep interest rates low and keep printing money for as long as necessary to stimulate the US economy. There are 2,200 billionaires in the world. In the last three years, their wealth has increased by 70%. Millionaires and billionaires will lose much of their wealth when real estate, stock, currency, and bond prices implode. Global wealth has increased by 181% since 1990, and global debt has increased by 246% during that same time. Wealth accumulation is relying on a weak foundation of debt. Credit creation and money printing have inflated this wealth artificially. The world has not experienced good organic growth since 1990. $200 trillion has been created simply by printing money. The biggest wealth creation in history is accompanied by the biggest credit creation in history. The bubble of all bubbles will implode eventually. Currencies will be debased in real terms. Money in real terms is gold. The dollar collapse won’t be a straight line. The recent major low in the US dollar was 72.65 in 2011. The US dollar is 90.976 now. That’s over a 20% fall from where we are today. The $100,000 you have at the bank will only buy $80,000 or less of stuff.

The fiat currency experiment took effect in 1971. Richard Nixon eliminated any Gold Standard we had left. Paper currencies were now allowed to float against one another. Paper currencies are backed by nothing but a promise of debt. This paper fiat currency experiment is now imploding. Central banks are now printing money out of thin air, loaning it to governments, and even buying assets. Trillions of dollars have been injected into and holding the markets up. Politicians, bankers, and their friends lining their pockets with money printed out of thin air. Speculation is running rampant on the thesis that the central banks will do whatever is necessary to keep things going. The problem is that it is at the expense of our future generations and our entire financial system.

The only real money out there is physical gold. Before your buying power disappears, get some gold. Before the stock market and bond market implodes, get some gold. Before real estate prices crater, get some gold. Call Midas Gold Group today for a free consultation at 480-360-3000 or 805-601-6000. With the money supply expanding exponentially, gold is as cheap today as it was at $300 in 2000 or $35 in 1970. You can still preserve what you have. Preserve what debt has created and will ultimately destroy. Move assets into physical gold today. Call Midas Gold Group today at 480-360-3000 or 805-601-6000. The nation’s #1 veteran-owned gold dealer will fight for your financial survival. To sidestep the next financial crisis, it takes a little trust, foresight, and common sense. Make that call today while you still can!