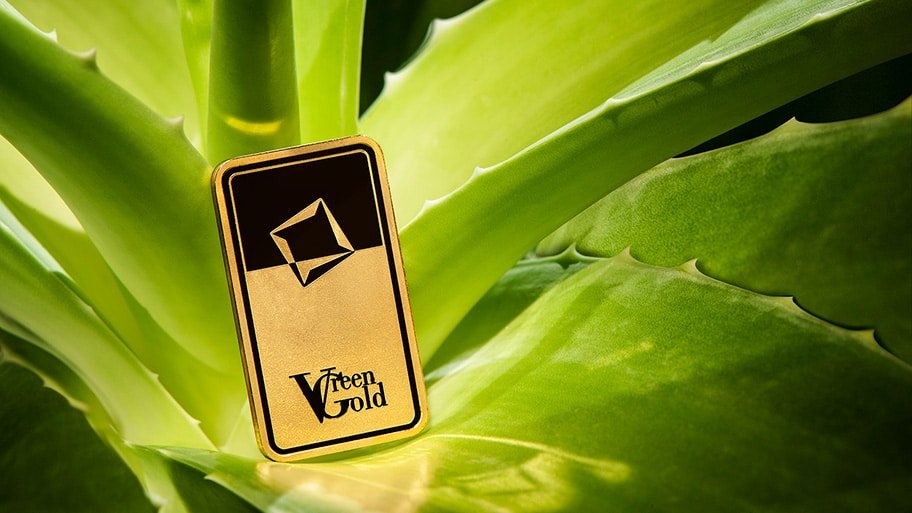 Physical gold is viewed as being a wealth preserver, a diversifier, and a hedge. The case of metals being a “store of value” is valid but investors are also always looking for a return on their investment. In such a volatile time for all markets, the return of investment is very important to most investors. In this article, we look at the return on investment for gold, silver, and platinum over the past year.

Gold has returned 24% over the past 52 weeks

The shiny yellow metal has returned over 24% for investors since last July. As early as last September the FED started providing liquidity to the repo markets. This could have been viewed as quantitative easing starting up again. This of course is if one assumes the FED supposedly stopped printing money since the last crisis. The printing of money has historically been fuel for the gold price to increase over time and increase in value. Global debt increased from $120 trillion in 2006 to $270 trillion today. Gold has doubled in value every seven years since 1971. US debt has doubled every eight years since 1971 when currencies were allowed to float freely against one another. With unprecedented money printing and credit expansion as the only tools available for fighting the next crisis off, the printing presses are expected to run 24 hours a day forever. The next decade is about trust. Money is about trust. Do you trust your paper money? With gold rising the way it has and the way it will, investors say trust gold, not dollars. The recommendation is to buy gold.

Silver has returned 20% over the past 52 weeks

The poor man’s gold has started to gain some momentum lately and stands to go substantially higher. Silver has historically always been more volatile than gold on the way up and on the way down. The gold to silver ratio presently stands at 94. Typically, the ratio should normally be around 30. Silver should benefit from the lack of new production over the past few years and the virus situation didn’t help supply. Silver is historically seen as an industrial metal tied to the economy to a degree. It’s also played a big part in past monetary systems and may play a large role again. Silver is also important when it comes to health equipment, water filtration, 5G infrastructure, and solar. Silver is the most affordable metal for investors per ounce so the demand should remain strong. Money printing and low interest rates should keep the economy going for a bit. If we consider this as well as the need to have tangible assets, the silver market could open some eyes for years to come. The recommendation is to buy silver.

Platinum has lost 5% over the past 52 weeks

The rich man’s gold has struggled over the past few years. Platinum plays a vital role in the emission systems for diesel efficient motors. Volkswagen dropped the ball a few years ago with their diesel efficient engines. Platinum lost market share to palladium and gas engines and has never really recovered. According to some of the manufacturers we speak to, this trend may be changing. According to platinum industry trends, hydrogen fuel cells and cleaner emission standards are also exciting developments for platinum. Platinum has historically traded at a $200–$300 premium to gold. Presently platinum is more than $900 an ounce less than gold. For the aggressive investor looking for value, platinum may present an opportunity. For the more conservative investor, waiting for more price strength and a meaningful source of platinum demand is in order.

US debt has increased substantially since Obama took office and is now accelerating under Trump. The virus is not the cause, just a trigger point to expose the awful job our leaders have done with the financial system. The monetary system as we know it is failing. The dollar could fall dramatically over the next few years. Compared to gold, fiat currencies have lost 97–99% off their value since 1971 and have lost 80% since 2000. The writing is on the wall that wealth preservation is front and center for those who have spent decades accumulating wealth. Markets can be held up temporarily if you print trillions of dollars and then put it back into the markets. The FED prints money out of thin air and lends it to the US Government. The US Government sells its Treasuries and then pays interest on this fake money. Listen boys and girls, the gig is up. The man behind the big curtain is exposed. Protect your family and your nest egg today. Call Midas Gold Group at 480-360-3000 or 805-601-6000 and make that first step today. Get some of that IRA, old 401(k), or liquid cash out of the banking system. The casino that is called the stock and bond markets isn’t for everyone. Sleep well at night, own metals. Call Midas today and receive a no-obligation consultation. Call 480-360-3000 or call to schedule an office visit. It’s our privilege to serve you.