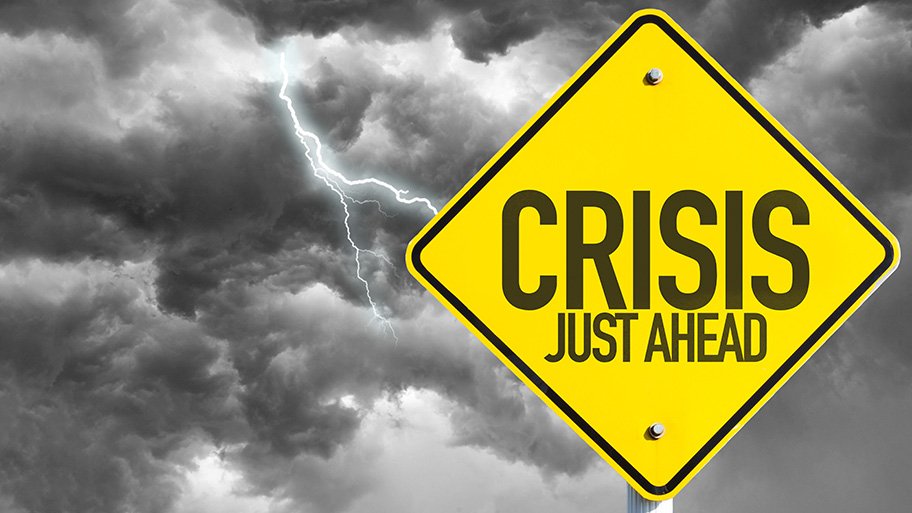 These Critical Economic Developments are not Reported in the Mainstream Media

The mainstream media outlets spend a great deal of time lauding the record gains we have seen in the major stock indices. It is justifiable to look back a nearly a decade of growth in the equity markets and record-high valuations. However, the higher the valuations expand, the greater the risk of the bubble bursting. We believe it is important to review key economic developments that threaten the stability of the global and domestic economy. These three developments are underreported in the mainstream media but examined in detail here.

The Baltic Dry Index (BDI) is a strong leading economic indicator. The BDI tracks freight rates for the world’s largest cargo ships. This index indirectly measures global supply and demand for commodities. Before September 2019, firms rushed to import goods before the latest tariff deadlines. The index made a recent peak at 2,518 just 5 months ago and now stands at 411. This staggering 84% drop signals a near all-time low demand for ships and muted activity in China as the coronavirus outbreak spreads with all the attributes of a global pandemic. The steepness and continuity of the index’s decline is a strong indication that the global economy is decelerating. The Index hit a temporary peak of 11,793 on May 20, 2008, and we all know what happened a year later with our global financial system. The index fell by more than 90% in just a few months in 2008. A new study from the MIT Sloan School says there is a 70% chance that a recession will occur in the next six months. Researchers said that the BDI was a reliable recession indicator leading up to every prior recession. Many leading equity strategists continue to say the economy is chugging along just fine. The media continues to promote private payroll numbers and the 2.3% growth in the US economy for 2019.

The US has ramped up operations targeting terror suspects

Abu Bakr al-Baghdadi was killed by American forces in October. In January of this year, Iranian General Qassem Soleimani was killed in a US drone strike in Iraq. The White House last Thursday confirmed the death of the leader of an Al Qaeda-linked group during an airstrike in Yemen. It was confirmed that Qassim al-Rimi was killed in this airstrike. The Middle East tension, which seems to have gone on forever, is doing little to shock the US equity markets. The Dow is trading at a price-to-earnings ratio of nearly 20 and the Nasdaq P/E ratio is 29. Although both figures are historically well above their averages, market pundits continue to pump Microsoft, Amazon, Apple, Alphabet, and Facebook. I guess no one in the Middle East will try anything to retaliate.

The famous economist Hyman Minsky stated that stability is inherently destabilizing. Long periods of relative stability in risk assets cause investors to keep upping the ante. This is especially evident during long periods of calm. Ultimately this leads to a Ponzi market where the only reason investors keep adding to risk is the fear that prices will be higher tomorrow. Investors’ fear of missing an opportunity induces them to buy when they should be selling. An old wise man once said, Don’t be left holding the bag. Recent activity in markets leads one to believe that many bags are being handed out as we speak.

The Federal Reserve and Central Banks continue to provide liquidity

Scott Minerd, who is a member of the NY Fed’s own Investor Advisory Committee on Financial Markets and Guggenheim Investments CIO, on Monday, said:

“Global Central Banks are fueling a Ponzi Market… Ultimately, investors will awaken to the rising tide of defaults and downgrades.”

The Fed’s Wall Street spigot of providing liquidity to overnight repo markets began on September 17, 2019. The market could be benefitting from the flood of underpriced loans from the NY Fed with money it creates electronically out of thin air. The smart money is almost pumping up share prices to distribute them to the not so smart investors. The public, unfortunately, will more than likely be the victims and buy an overvalued market and get severely harmed. Money is not being loaned by the NY Fed to commercial banks. Commercial banks could then pass on this cheap money by making consumer or business loans to boost the economy. The money is going to the New York Fed’s “primary dealers,” a quaint term for the biggest trading desks on Wall Street. They have clearly used it to make margin loans to hedge funds or their own trading desks to rally the stock market by 3,000 points. Insanity is alive and well.

If you have been fortunate enough to catch this unprecedented cycle of fake paper wealth, count your blessings and read the writing on the wall. Preservation of wealth could be the next cycle. Although it’s not as exciting as looking at your market valuation on your most recent mutual fund statement, wake up and smell the coffee. Trees don’t grow to the sky. The most successful investors of our time aren’t betting the house for that last bit of stock market juice. These gurus of the market get entirely too much credit during good times and not enough blame during the crashes.

Many wealthy investors are taking this time to move some of their retirement funds into physical gold or other precious metals using a Gold IRA. Gold has had a remarkable track record with the stability of preserving its value and buying power. In 1933 a $20 bill and a 1oz $20 gold coin each had the same value, $20. The bill and the coin could each at that time buy a nice man’s suit. Fast forward to today. The 1oz gold coin fetches almost $1,600 and still buys a great suit. The $20 bill, on the other hand, buys a decent bag of socks.

Call Midas Gold group today at 480-360-3000 and start preserving your wealth today. Your family is counting on you to do the right thing with at least a part of your hard earning savings. Learn how to sidestep and benefit from the next financial crisis.